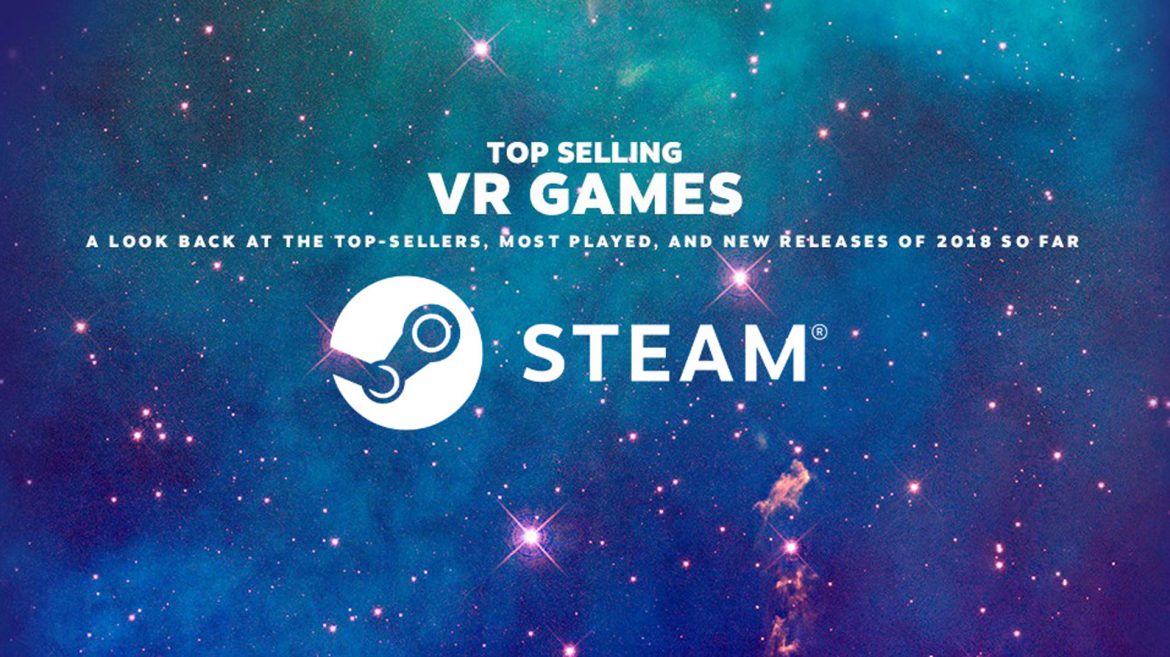 It’s that time of the year again – when Steam graces us with the list of top-selling games on their platform. Giving a good indication of what type of games players love and want to see more of, which is, arguably, even more important for a fledgling platform like Virtual Reality. Of course, this isn’t a be-all indication in its entirety, since a lot of users are also buying games on other online stores like Viveport and the Oculus Store. Nevertheless, it’s still a good opportunity to gain some insight into which games are oh so hot right now.

Like always, Steam released a whole list of games divided under section tiers called Bronze, Silver, Gold, and Platinum. This means we can get a general indication of which games are doing well in sales, but no exact indication of what those numbers might be. Still, it’s worth a once-over if you’re interested in finding some of the best games to play for either Oculus Rift, HTC Vive, or Windows Mixed Reality headsets, or if you’re a developer who’s searching for ideas on the type of VR games players are looking for.

So without any further ramblings from me, here are the top to tiers of VR games that sold the best on Steam in 2018 (so far at least). If you want to see the full list, then make sure to take a look here.

Interestingly enough, we see Gorn, Onward, Job Simulator, Fallout 4 VR, Hot Dogs, Horseshoes & Hand Grenades, Superhot VR and Arizona Sunshine are still holding strong on the Platinum tier since last year. While some others, like Tilt Brush, Audioshield, Rick and Morty: Virtual Rick-ality, and Space Pirate Trainer have taken a little plunge to hang with the plebs over in the Gold tier.

A lot of the titles on this Top Selling VR Titles Of 2018 list are also currently on sale with upwards of 50% off on some of these popular titles. So if you want to catch them before the Summer Sale ends then you better hurry.